A Pilgrim In Arabia

Limited and Numbered Edition of 350 copies, of which this is number 214, 191 pp., frontispiece portrait of the author [collotype portrait], original Niger morocco-backed cloth by Sangorski & Sutcliffe, raised spine with gilt title, gilt top edges, uncut edges, printed by Christopher Sandford & Owen Rutter at The Golden Cockerel Press. In the Introduction, Philby writes: “the Arabs resent the tendency of the Christian West to claim, and by its greater military might, achieve control over the Islamic lands of the Middle East." Account of a journey that began in 1931. 'The chapter describing the Mecca pilgrimage was the first authentic personal record by an Englishman of the ceremonies as practised today. Also known as Jack Philby or Sheikh Abdullah ( ), his Arabic name, was an Arabist, explorer, writer, and British colonial office intelligence officer. He was educated at Westminster School and Trinity College, Cambridge, where he studied oriental languages under E.G. Browne, and was a friend and classmate of Jawaharlal Nehru, later the prime minister of India. In his travels he also took great interest in birdlife and he gave a scientific name to the Arabian Woodpecker (Desertipicus [now Dendrocopos] dorae), as well as a subspecies (no longer valid) of an owl (Otus scops pamelae). Most of his birds were named after women whom he admired. He married an Arab woman from Saudi Arabia. He had one son, Kim Philby, later a British intelligence agent infamous as a double agent for the Soviet Union, and three daughters. Some authors have summarised Philby as a British traitor and an antiSemite. They suggest Philby never forgave the British government for ending his civil service career due to sexual misconduct. Once recruited by MI6, according to these authors, Philby used his intelligence assignment to take revenge on the British government. With the extensive contacts he acquired as a British agent, Philby continued to betray British policy and resist all efforts at creating a Jewish homeland throughout his life. Philby disclosed classified British intelligence to Ibn Saud (King of Saudi Arabia) during wartime; he secretly helped secure American oil concessions in Saudi Arabia, double-crossing British competitors; he created economic partnerships, allied against British interests and in favor of Nazi Germany, with the help of Allen Dulles (later CIA Director); and Philby worked with Nazi intelligence to sabotage efforts at creating a Jewish homeland. Beautiful quarter leather with raised bands, cream cloth boards, some very light soiling to boards, a few spots of foxing to ffpe. A solid copy of this sought after book. 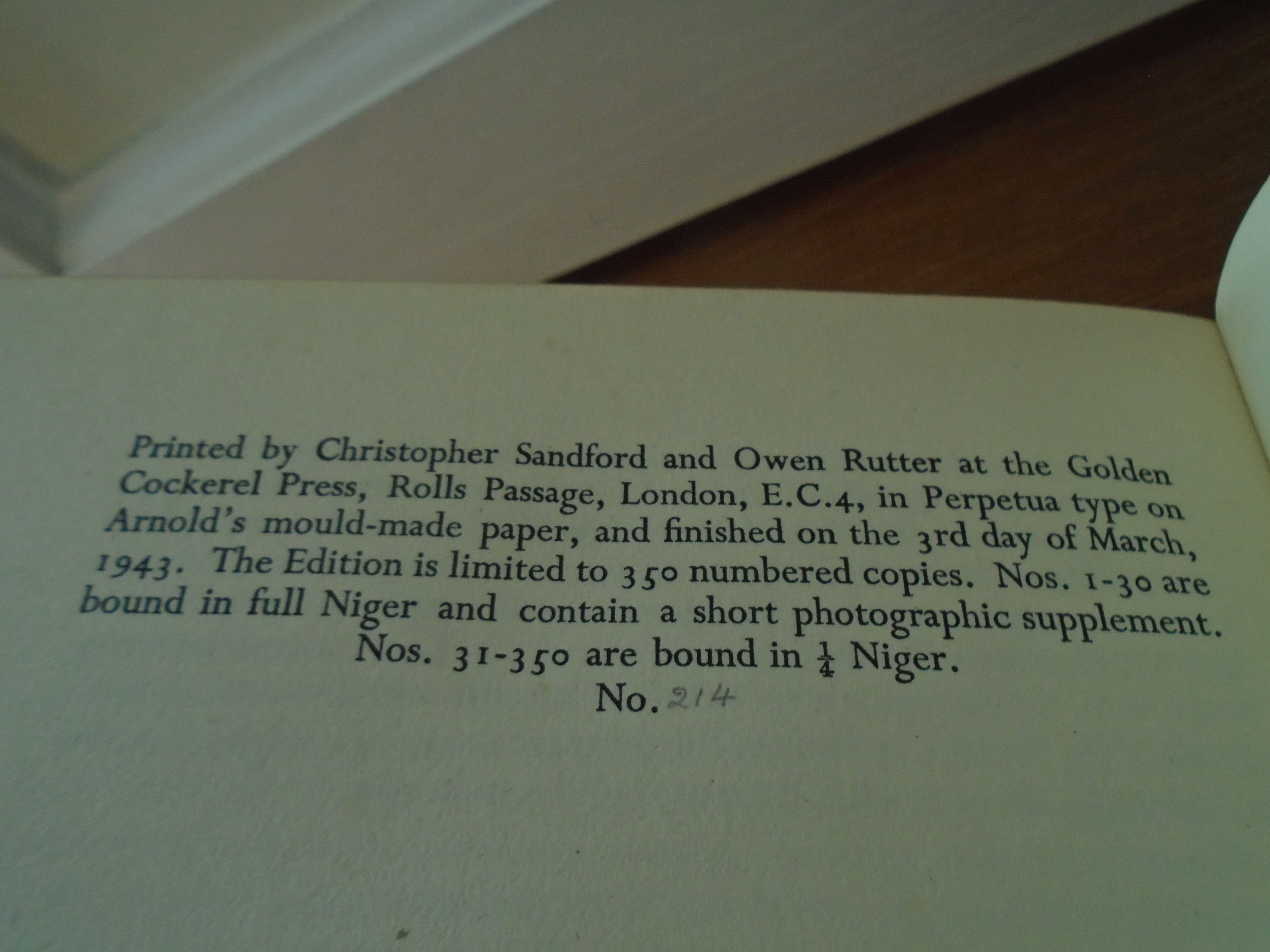 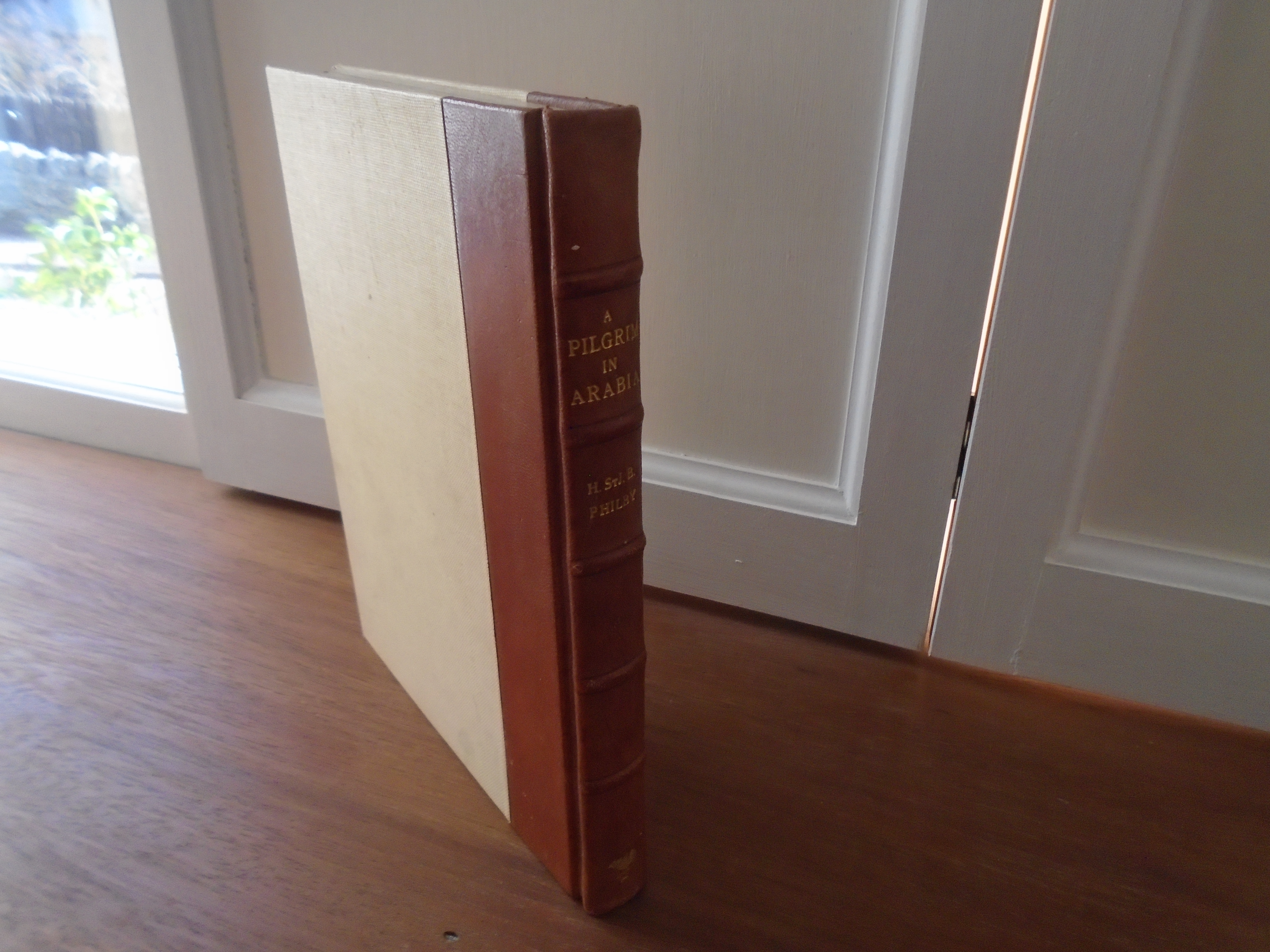 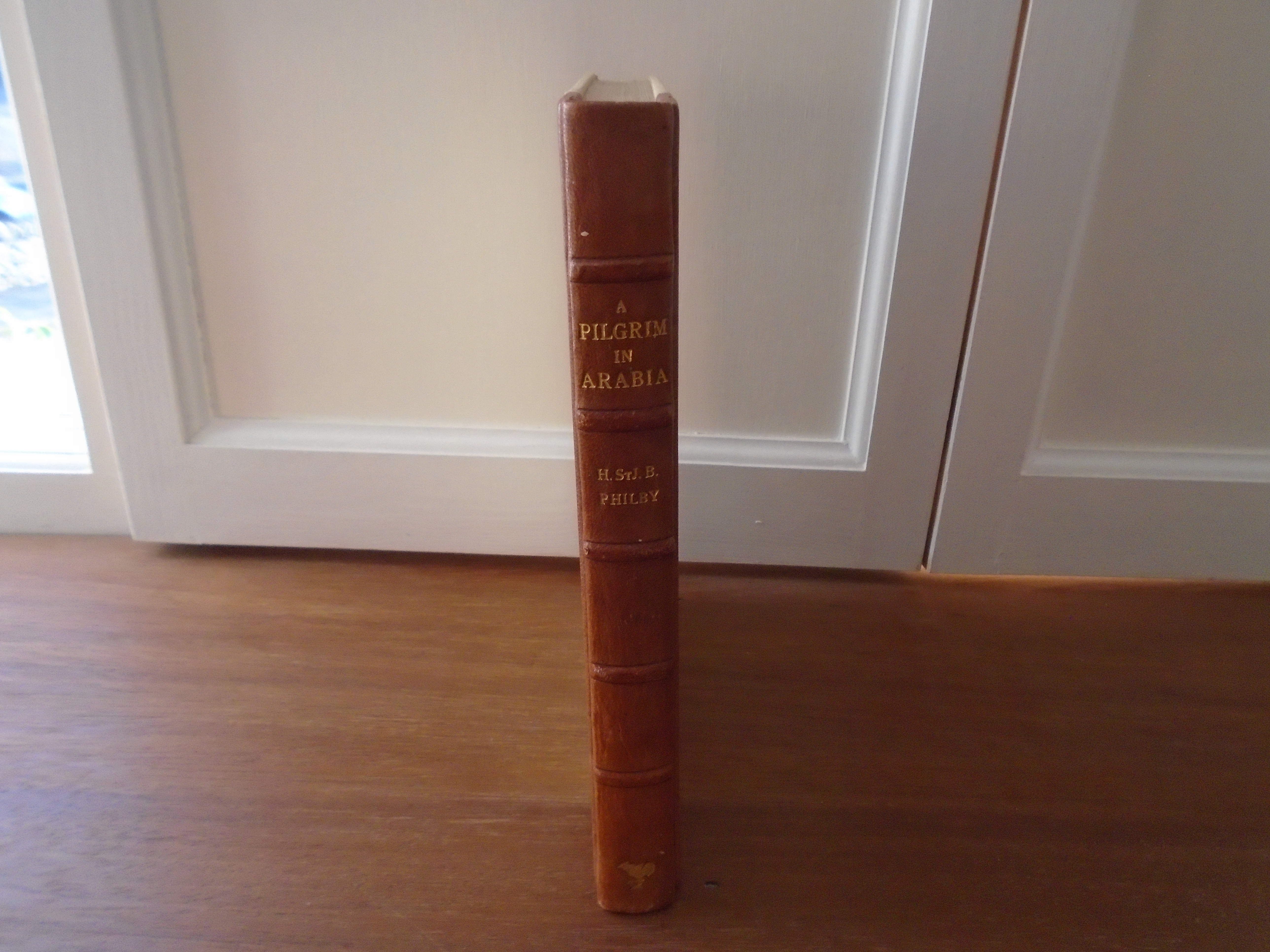