Quair Books specialises in modern literary and visual cultures, particularly alternative, different and radical authors/artists, presses and histories. We also hold a small general stock, with a focus on rare, significant and bonny books. We trade at fairs, online and via catalogue. Private Premises.

Extract from the Will of Edward Strong the Elder Citizen and Mason of London deceased bearing date the 30th day of July 1723.–

Two folded sheets of laid paper with a seated Britannia watermark and “J Cripps 1800” countermark (40 x 32cm), secured by a thick pink ribbon at the top left corners and comprising 1½ page manuscript extract of stone mason Edward Strong the Elder’s will in sepia ink. When folded, the front side bears: “Extract from the Will of Edward Strong the Elder deced./ Dated 30th July 1723./ Proved 22nd Fby 1723” with two circled 7s in later red pen. A little soiled, a number of folds are very tender with numerous closed tears, including a lengthy one to the second sheet. The extract outlines the descent of a number of properties, including “Mitchells Brewhouse” and “all those two messuages and tenements with the appurtonces [sic] now or late in the possession or occupations of Widow Ruth and Henry Sims” in “the said Abby Parish of Saint Albans,” where Strong lived in later life and where he was interred at St Peter's Church with a significant memorial designed by his son. 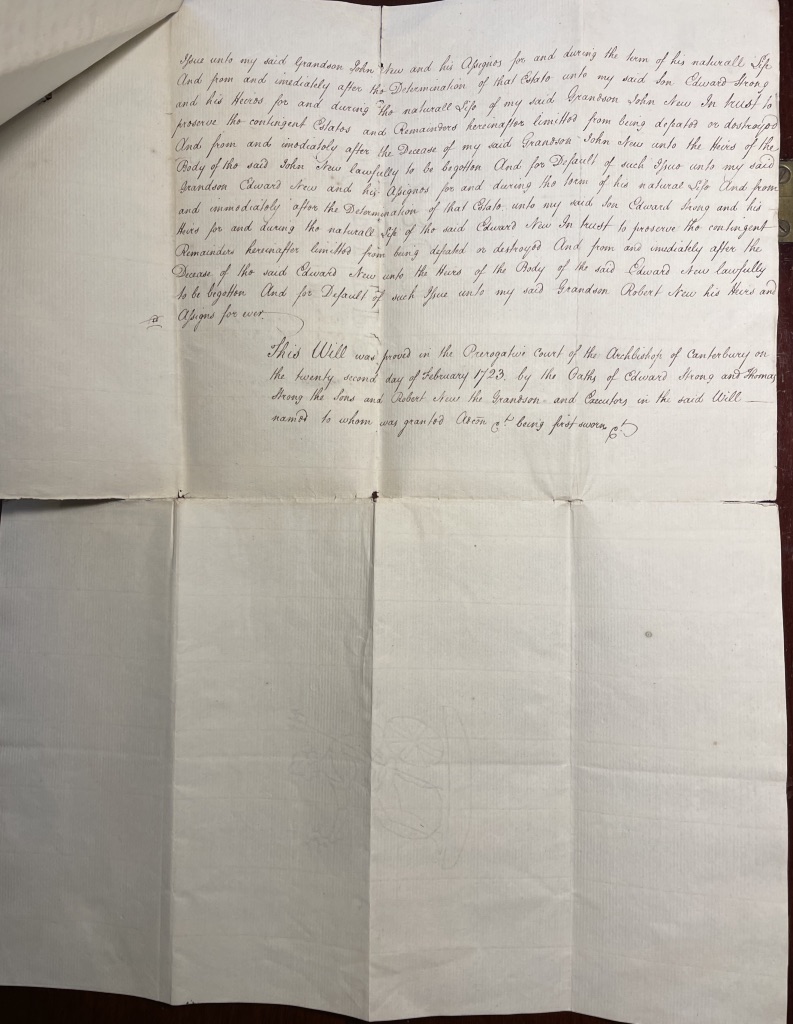 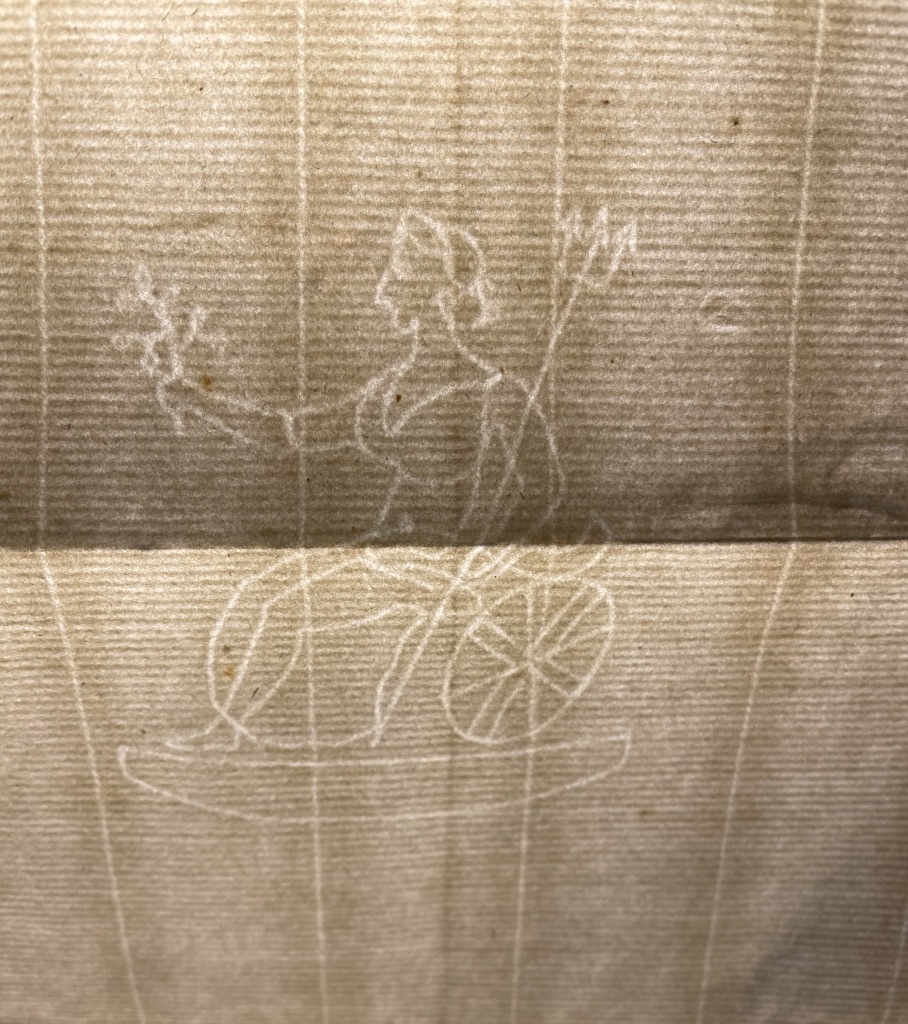