Life with the Esquimaux

First Edition 1864. The narrative of Captain Charles Francis Hall, of the Whaling Barque ''George Henry,'' from the 29th May, 1860, to the 13th September, 1862, with the results of a long intercourse with the Innuits. Engraved frontispiece to first volume, wood-engraved illustrations, folding lithograph map to rear of first volume, several closed tears neatly repaired without loss, some spotting, to mainly front and rear of volumes. marbled edges and endpapers, contemporary half- calf, gilt decorated spines with contrasting red and dark brown morocco spine labels. Halls intention was to reach King William Island in search of Franklin relics not discovered by McClintock. However, at Cyrus Field Bay a storm wrecked his boat the George Henry (named after his main sponsor George Henry Grinnell). During the wintering, he befriended local Inuit Ebierbing and Tookoolito (Joe and Hannah) who accompanied him on the rest of the expedition, and who became famous when they returned to the United States with Hall. Exploring around Frobisher Bay, Hall discovered and collected some relics of the Frobisher expeditions. Hall had to winter for a second time when the George Henry was beset in ice. Hall thrived in the Arctic by being one of the few explorers to follow the time-tested adaptations of the Indigenous population. Extremely scarce and very attractive two volume set in period bindings. 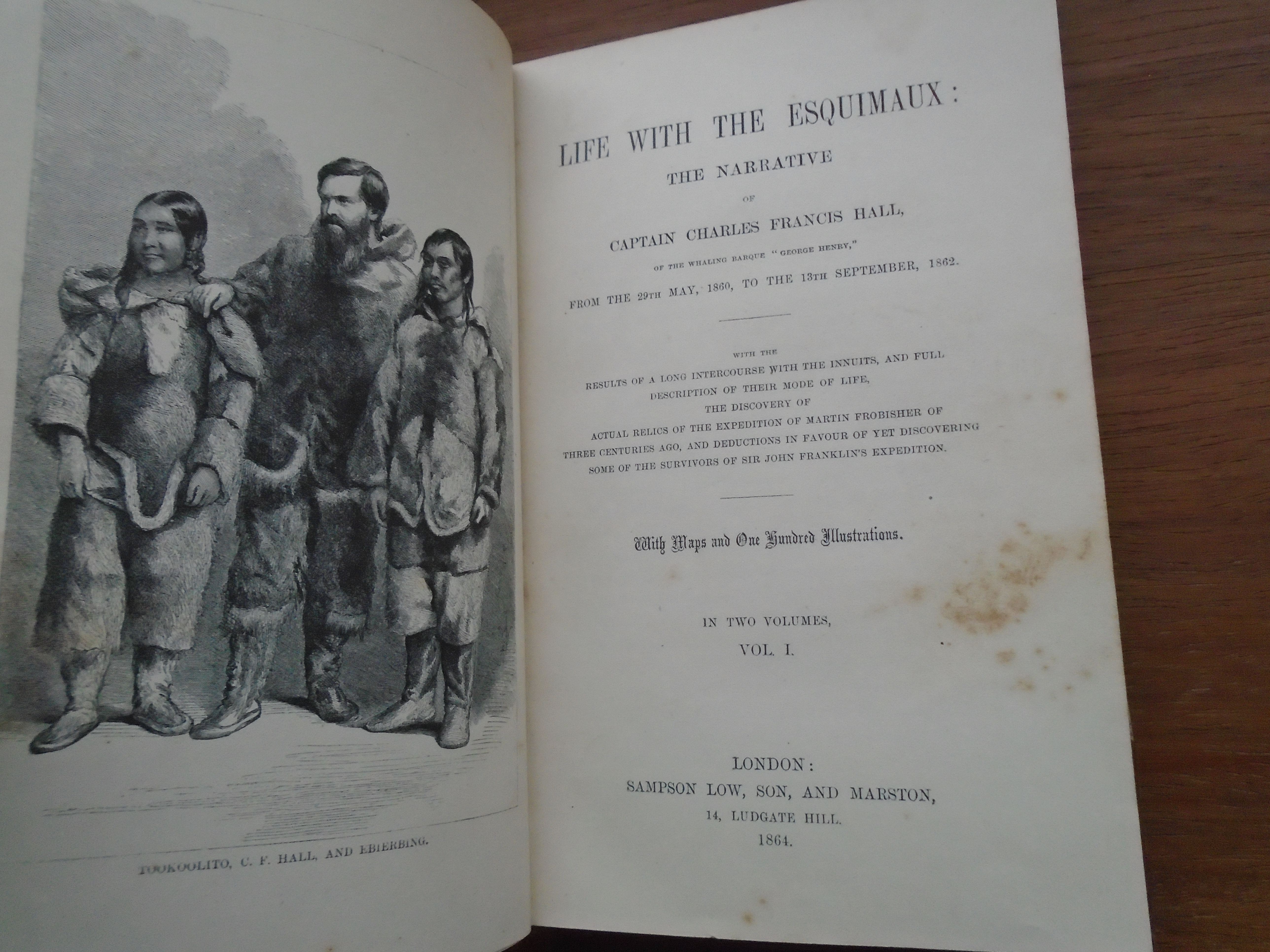 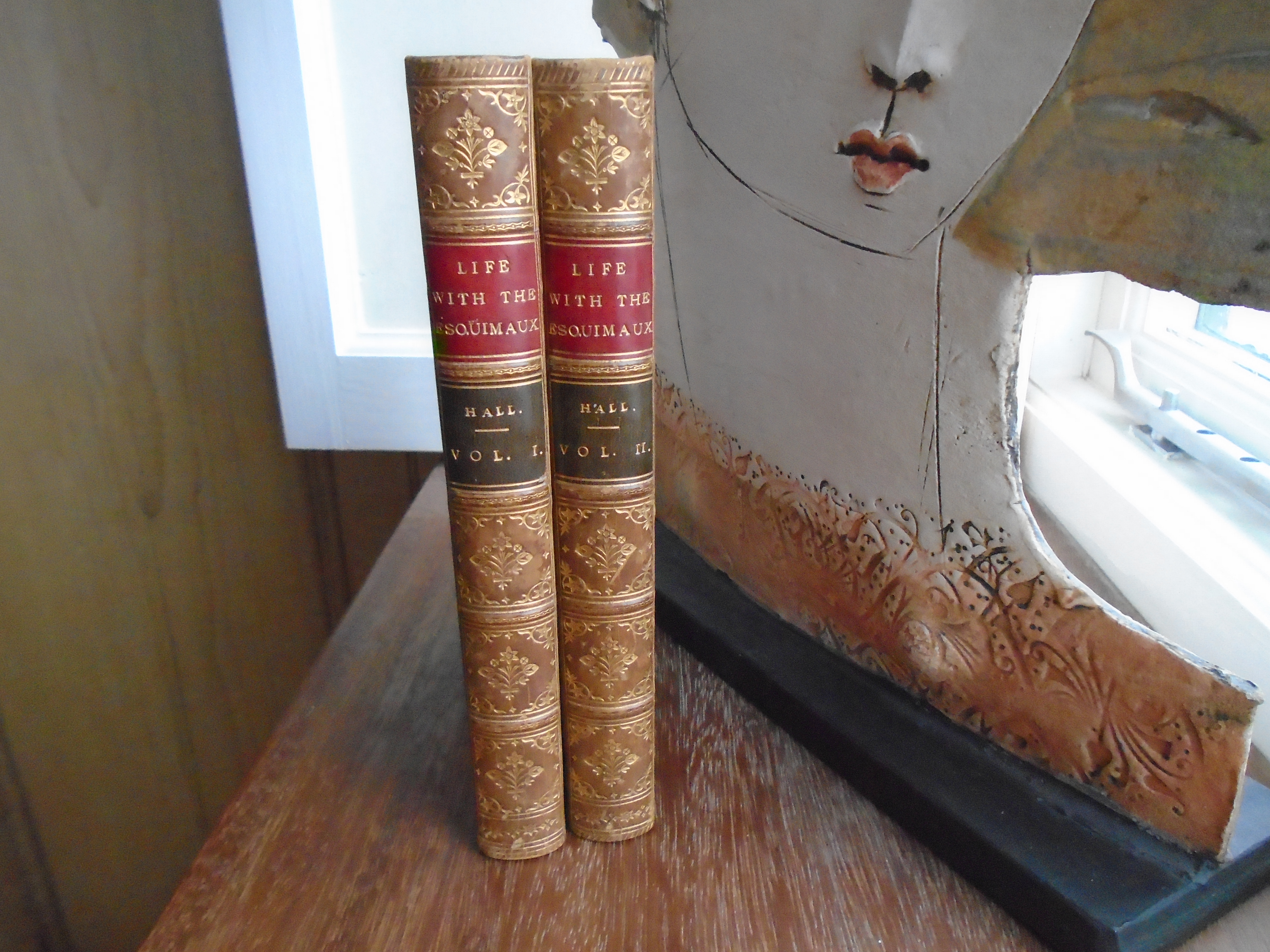