SETTLERS AND CONVICTS; or, recollections of sixteen years’ labour in the Australian Backwoods. By an Emigrant Mechanic.

‘The only substantial description of what life in the [Australian] colony was like for a free working-man in the 1830s. It tells in a lightly fictionalized way of Harris’s experiences as a rural labourer and farmer. Harris won some respect as an authority on emigration to New South Wales, a subject on which he wrote for working-class and religious journals… it is conscientious in its accuracy about places, customs and language in the colony, judicious in its judgements, sensitive to the needs of Aborigines, and outraged by the practice of flogging.’ [Goodwin] This copy has an interesting provenance for it was given ‘by H.R.H. The Prince Consort’, together with a small library of books, to the recently founded Wellington College built as a national monument and memorial to the Duke of Wellington. Prince Albert took a keen interest in the institution’s initial intake of 200 boys in 1859 and it was reported in The Globe that ‘H.R.H. the Prince Consort has made a munificent donation of 400 volumes to the Boys Library at Wellington College. The books are all handsomely and serviceably bound, and comprise a large number of finely illustrated editions, and the Abbotsford edition of the “Waverley Novels,” Morris’s works on “British Birds and Insects,” with some fine works in foreign languages.’ The books were personally selected by Albert and why he may have thought this work suitable was maybe as both a warning of going astray and the possibilities opening up to young men in the colonies. The new buildings were lit by gas from the beginning and this probably had the deleterious effect on the original spine of this volume. 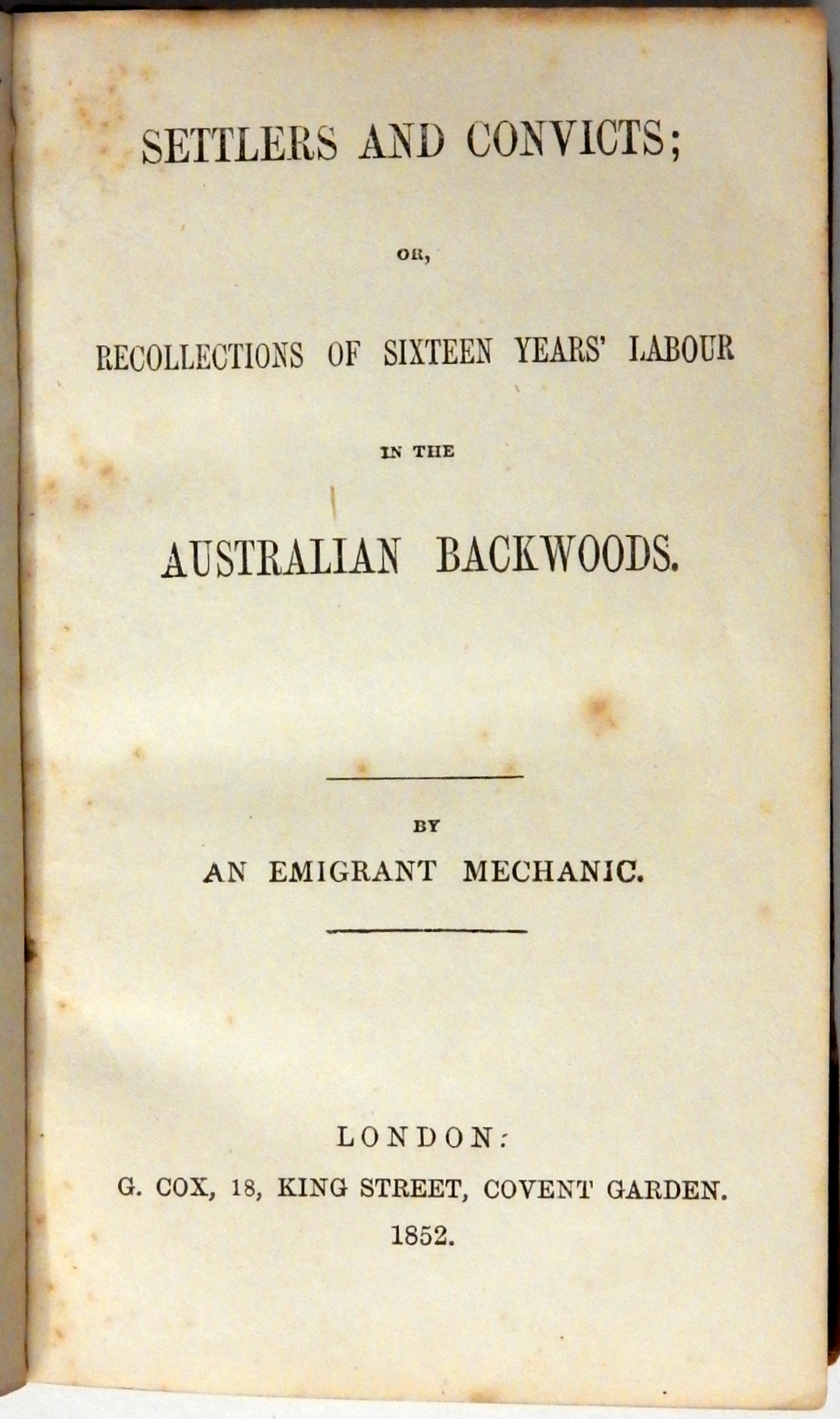