TRUTH’S MIRROR; or, Friendly hints to young persons: being a series of short poems, many of which are founded on occurrences which really happened.

Rare first edition of this collection of ‘little pieces in verse for… amusement and instruction’ by Rev. Richard Hennah (1765-1846), the chaplain to the Garrison in Plymouth. The author was evidently a keen ornithologist with many of the pieces on birds, including ‘The Robin Red-Breast’, ‘The Thrush’, ‘The Wren’, ‘The Partridge’, ‘The Linnet’, ‘The Hen and Chicken’, ‘The Swallows’, ‘The Jackdaw in borrowed plumes’, and ‘The Parrot: or Poor Joe’s Untimely end’, lamenting his death at the hands of ‘two country louts’. The six full page woodcuts are particularly well executed. ‘The Rev. Richard Hennah, F.G.S., the eldest son of the Rev. Richard Hennah, Vicar of St. Austell and St. Blazey, was born at St. Austell, March 8, 1765. He became chaplain of the citadel at Plymouth, and died at Plymouth, March 26, 1846. His chief publications related to Geology, the geological remains at the Oreston Quarries and the other limestone deposits in the district offering him abundant materials for learned disquisition’s. He contributed sundry poetical pieces to the European Magazine, chiefly in 1802 to 1804’ (see W. H. Kearley Wright, West Country Poets: Their Lives and Works. Being an account of about four hundred verso writers of Devon and Cornwall, 1896, 244). 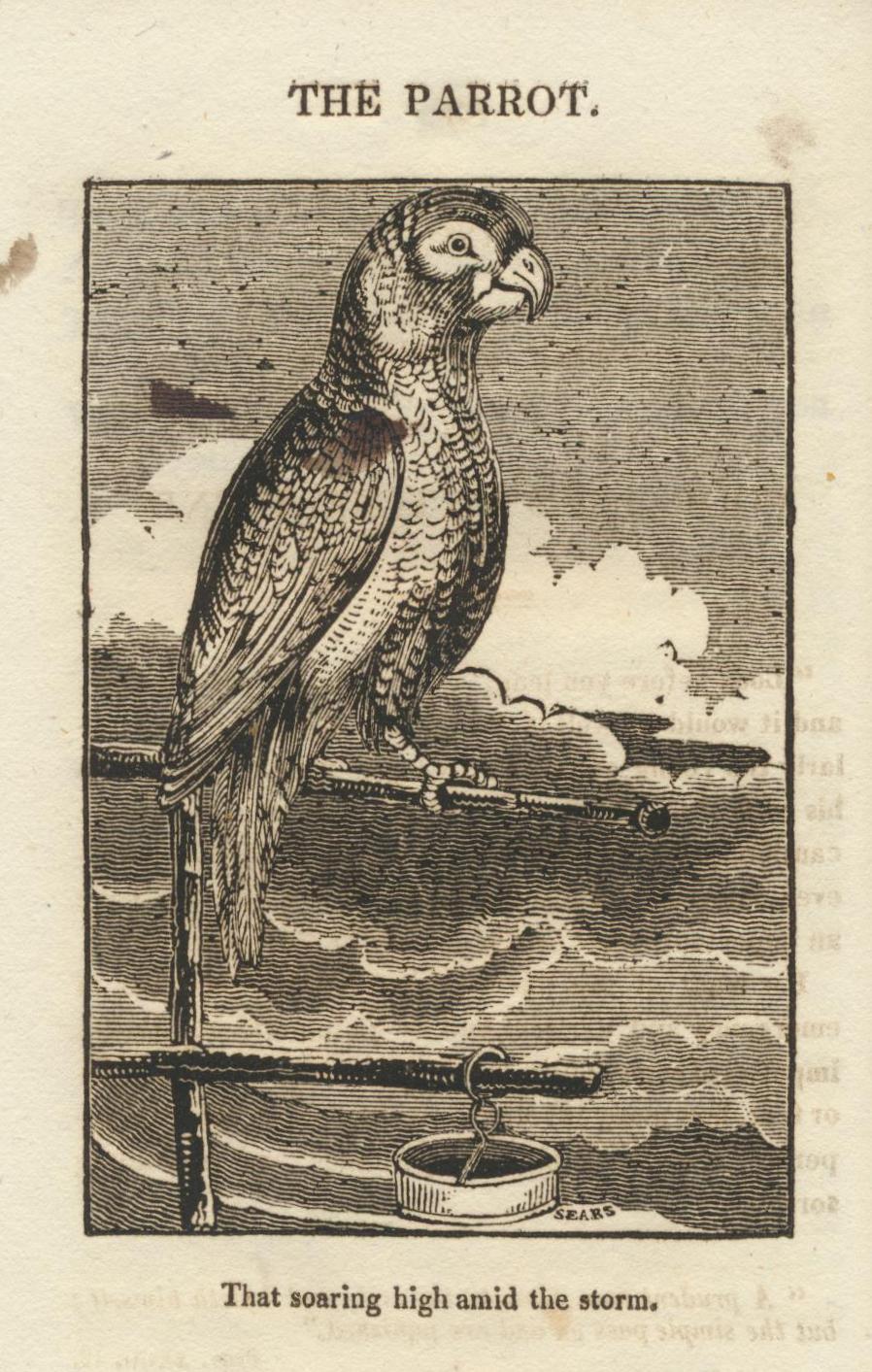 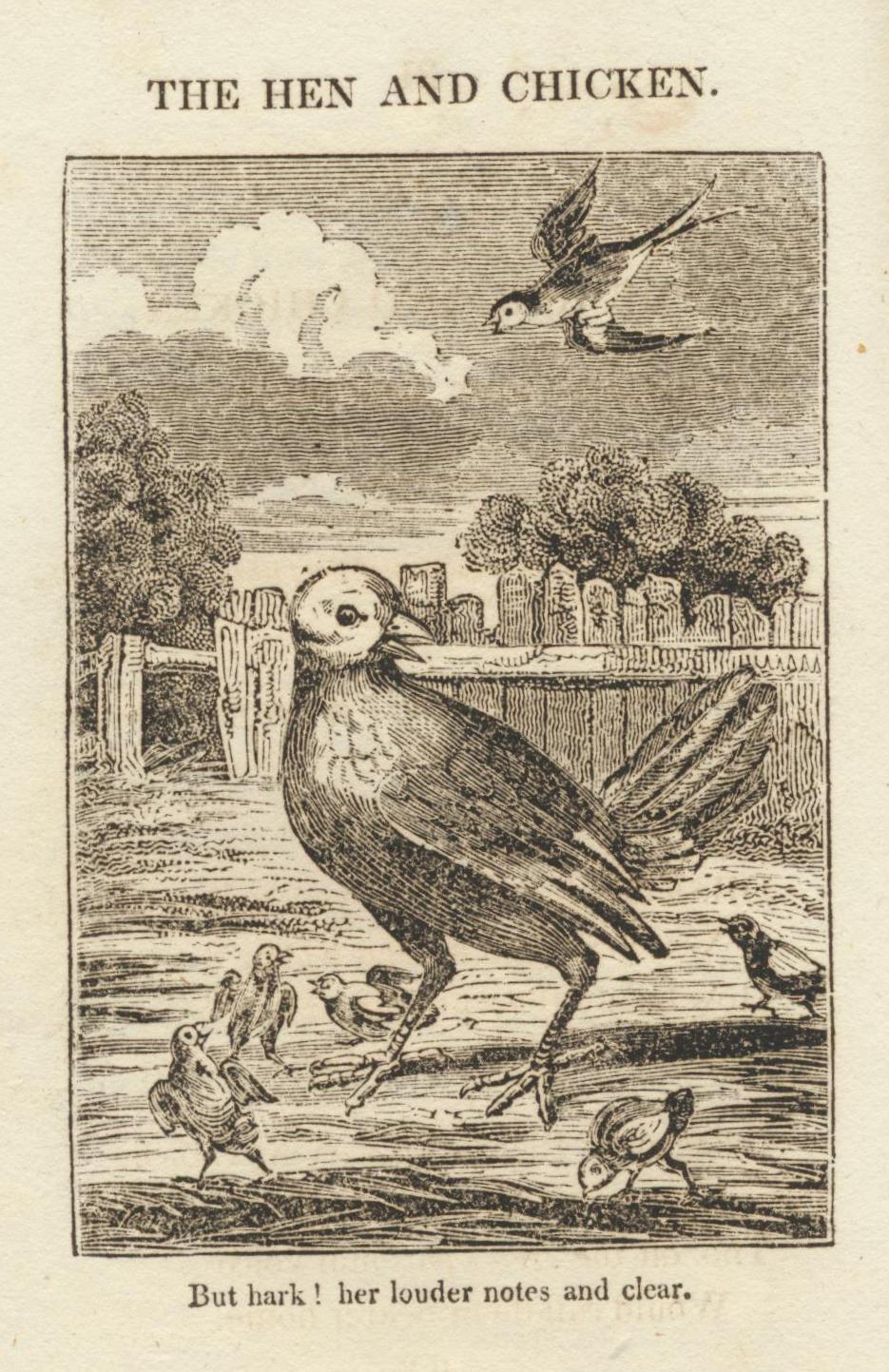