A life of St. Filippo Benizi propagator and fifth general of the Order of Servants of the Virgin Mary. The text is an Italian translation of La vie de S. Phillipe Benizi, published in 1672, Francois Malaval the author. Filippo Benizi (1233 - 1285) was a presbyter of the Order of the Servants of Mary, of which he was elected Superior General in 1267. In 1269 at the conclave to elect the successor to Pope Clement IV. He declined to be chosen as he thought himself unworthy of the role, indicated on his statue by a habit and a tiara at the feet, traditional symbols indicating renunciation of the papacy. In 1671 he was canonised by Pope Clement X. An important figure of the Roman Catholic Church. 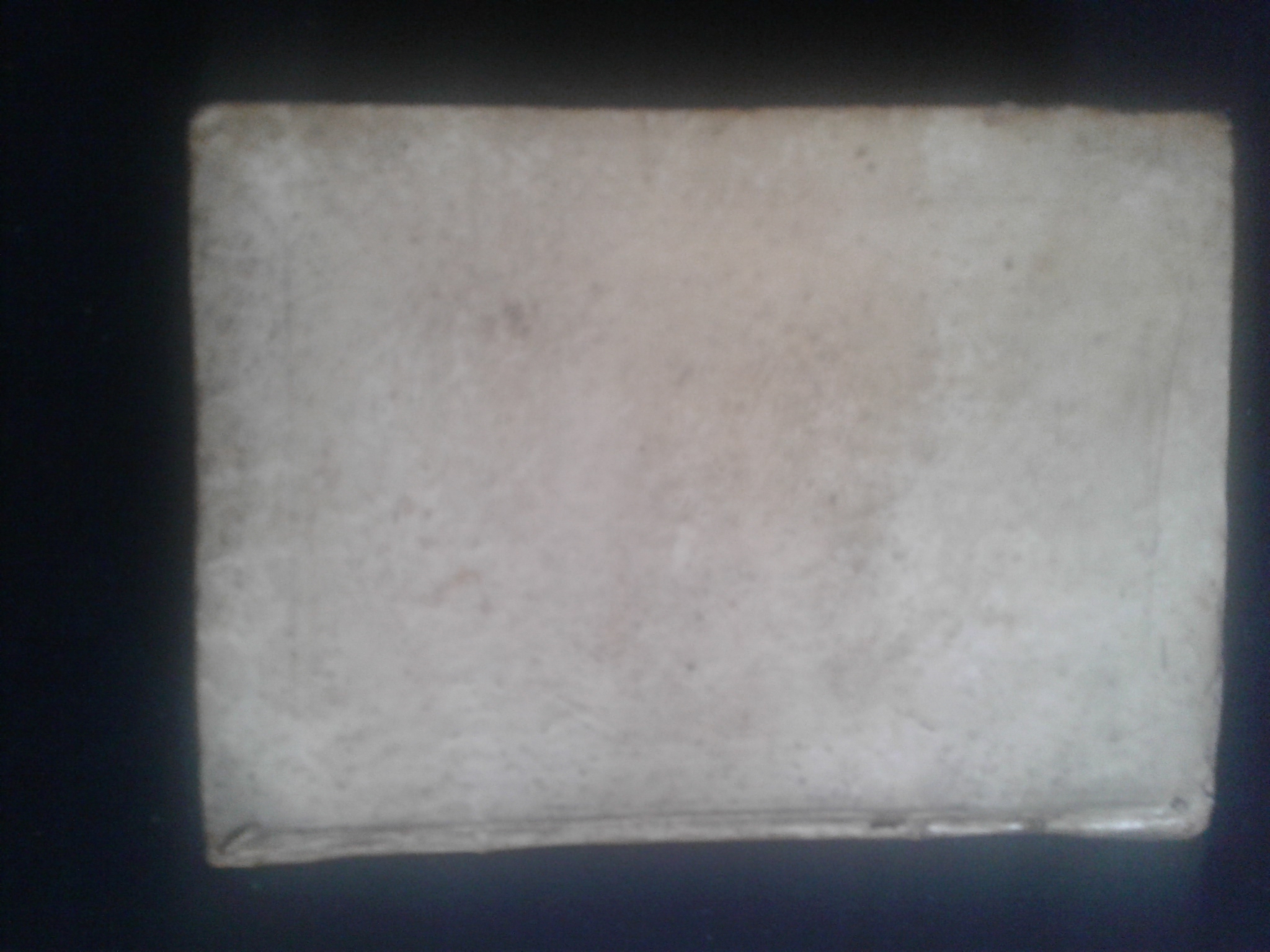 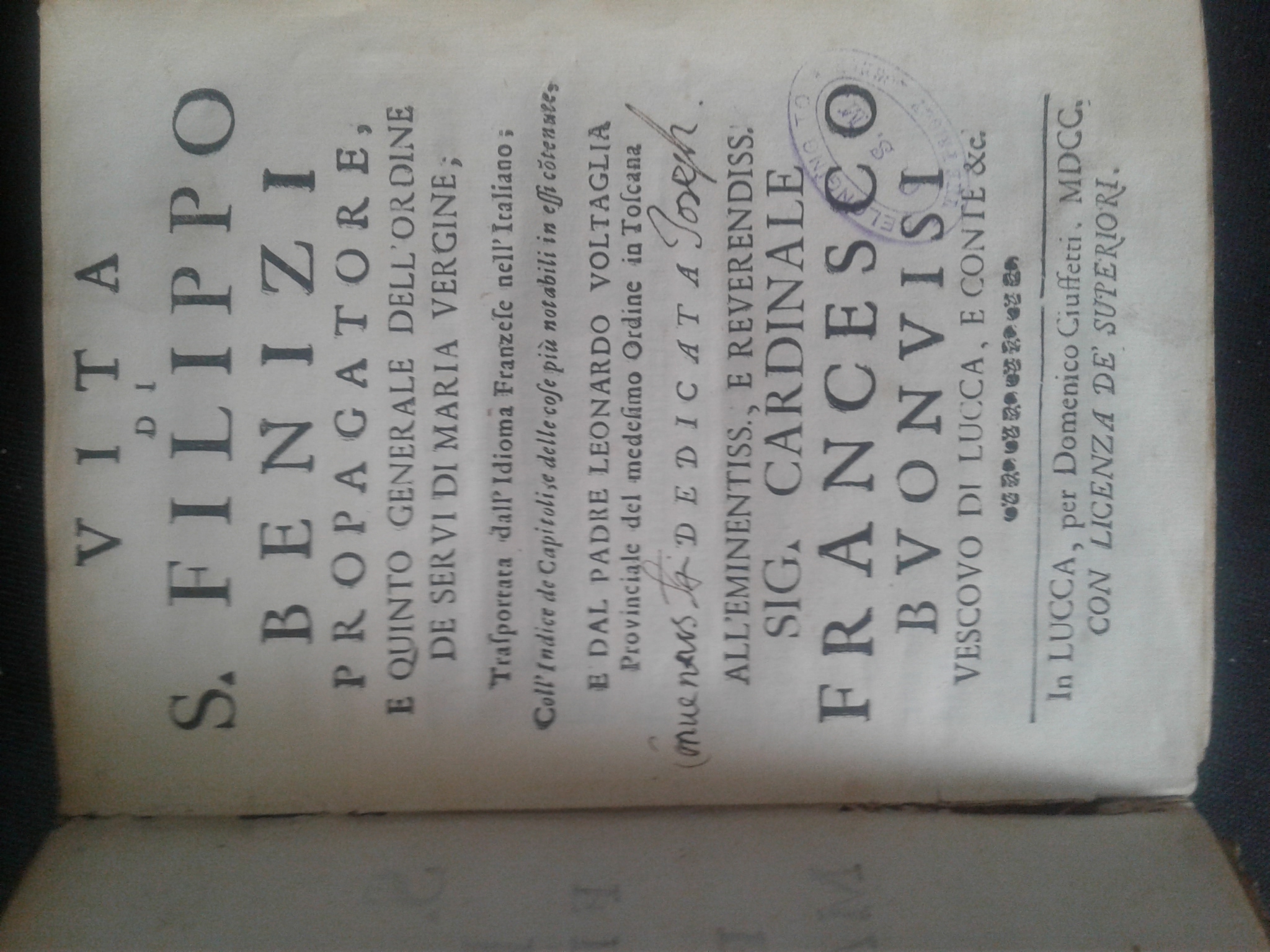 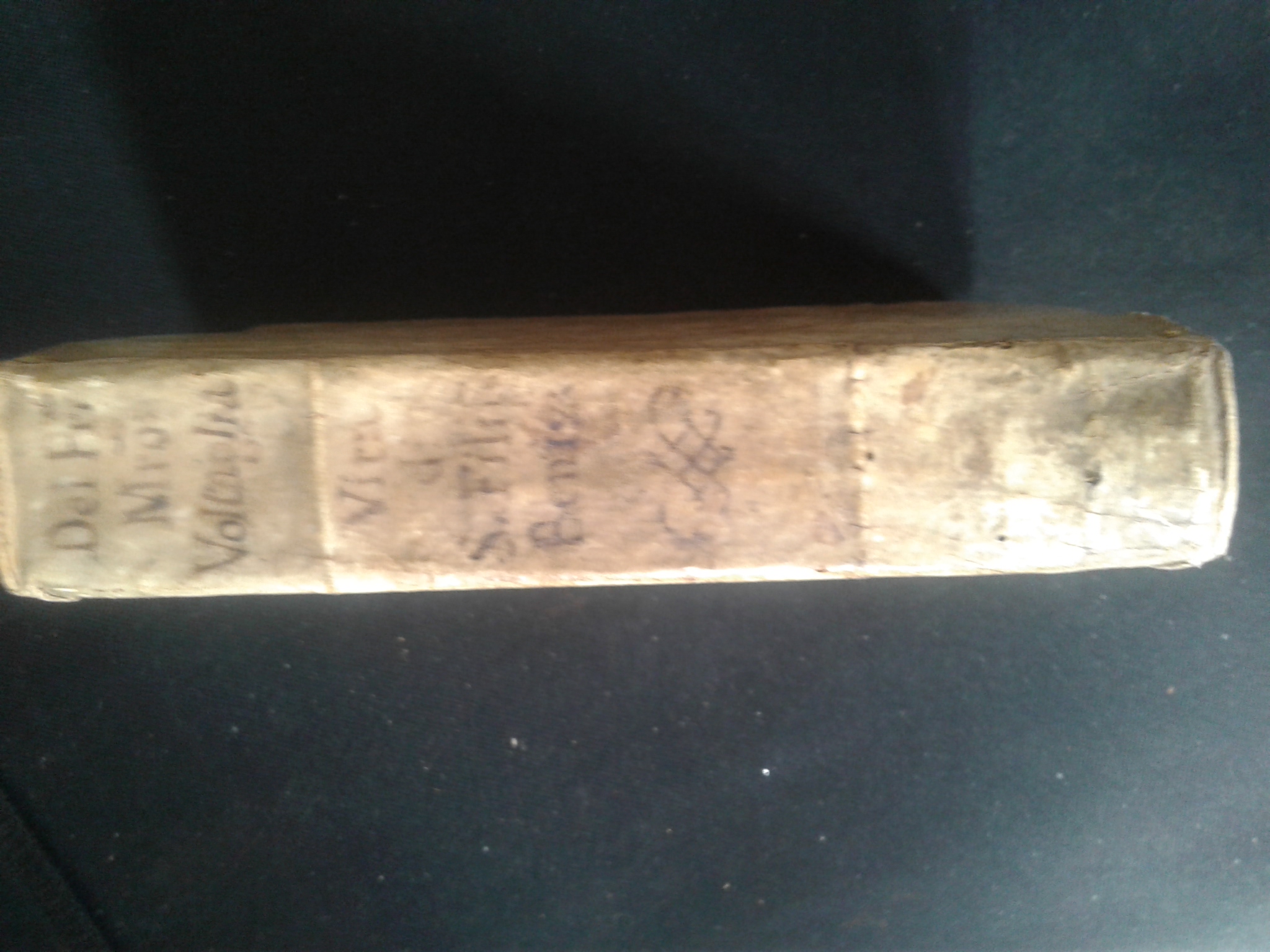